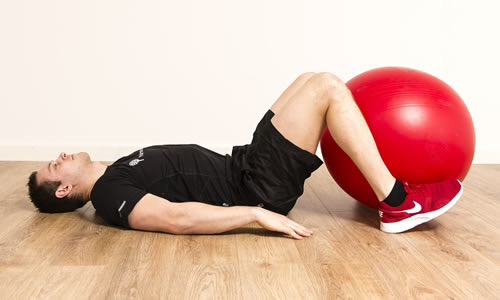 There comes a time in every mans life, when he wakes up one morning, to discover that the passage of time has finally caught up with him.

I woke up to find my six-pack had turned into a bargain bucket, and my back had gone. (my front wasn’t too hot either !)

As the weeks went past, my gym and squash sessions were replaced with more and more outpatients appointments, and the calendar constantly filled up with dates to see yet another “ologist”

Protein shakes were replaced by blood pressure tablets, PPI inhbitors, and a ghastly fibre drink supplement, that tasted like a cross between toilet duck and polyfilla.

My sporting life had come to an end, my knees were shot to pieces, playing rugby and football were now consigned to happy memories of the past.

One of the “ologists” suggested I go to Pilates classes, to help the ever-increasing list of ailments I was collecting.

So, I booked a Pilates class !

Now when you have spent your sporting life getting the living daylights kicked out of you, to turn up at a church with my towel (purloined from a well-known hotel chain in Northern France) felt like a piece of cake.

Little did I know of the ignominy that was about to follow.

Whilst I was sweating, gasping and trembling, with the grace of a sumo wrestler, and collapsing face down into my stolen towel, two old arthritic pensioners were holding the plank position for what seemed like an eternity, and looking at me with the sort of glance you’d expect from Brian Moore at a scrum against the French.

I left my first class with my dragon’s tail tucked well and truly between my legs.

I sat at home that afternoon and googled “Pilates” I discovered that the New Zealand All Blacks did Pilates as part of their weekly training regime.

Suddenly the haunting image of being out muscled by two septuagenarian women was replaced with the image of Beauden Barrett and Kieran Read, with their mats and towels (not purloined) powering their way through “lazy angels” and the cat stretch.

All of a sudden I felt there was hope.

When the day arrived for my second class I strutted in, resisting the temptation to perform a mini Haka (the pensioners might not have appreciated the throat slitting finale) and juggling the red ball in one hand, with an insouciance that Cheslin Kolbe would have been proud of.

I “out planked” the pensioners that day, my bright red face staring them out, with grinding teeth and eyes bulging, before falling to the floor with a feeling of satisfaction, it felt like scoring the winning try against England.

I still go to Pilates classes, weekly, and although I may not have a six-pack, I do have a pelvic floor to die for.