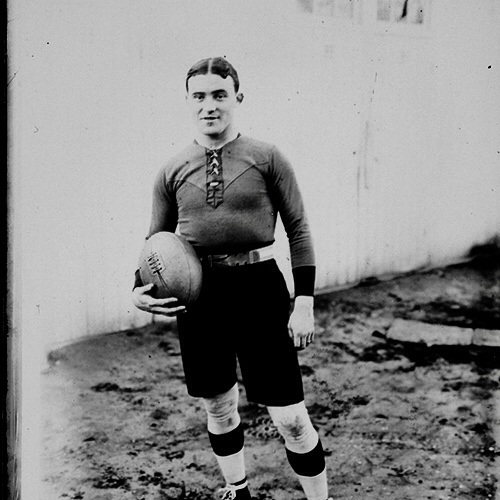 As France face Wales in Cardiff next Friday I take you back to Paris in 1911 when Scotland and France faced each other in the French capital.

The result gave France their first ever win in the Five Nations Championship.

The fact that France won 16-15 is overshadowed by the tragic tale of a young Frenchmen selected to play on the wing that day, no doubt overflowing with a mixture of nerves and excitement as he headed northwards, by train, through the beautiful French countryside, on a day he would never forget, for all the wrong reasons.

Gaston Vareilles was a wing at Stade Francais, and when the train stopped at Lyon station, Gaston popped off the train to visit the station buffet for a baguette, by the time he had been served, he returned to the platform to see his train heading off into the distance.

Back in Paris, one of the spectators, french sprinter Andre Franquelle voulnteered to make up the numbers, and he did rather well, in fact he went on to earn another two French caps.

Poor old Gaston did eventually make it to the stadium in time for the kick off, but was told in no uncertain terms where to go.

He never played for France again, and ended up working as a planter in French Indochina, before his death on 15 January 1929.

However Gaston also holds a more uplifting statistic to his name, he scored France’ first ever drop goal against Wales in Cardiff in 1908, a slice of good fortune as the home crowd sang bread of heaven, but sadly it is that station baguette that he will be always be remembered for.