There are people you meet in this game that impress on so many levels, immense dedication is a pre-requisite at the top level, but to be a thoroughly decent human being and role model is not necessarily part of the job description, neither is the ability to face adversity with a smile and without a hint of self pity,

When you come across someone who has all these qualities by the bucket load, its makes you realise that this great game of ours is well and truly blessed.

Harlequins and Scotland lock, Deborah McCormack is one such individual, and to say that she has had a testing season would be a massive understatement.

Following last years final against Saracens, Debs headed south to spend the summer of 2018 playing for Eastern Suburbs in Sydney, Australia, a stones throw from Bondi beach, she returned to native soil in peak physical condition and champing at the bit to start the new Tyrrells Premiership season. 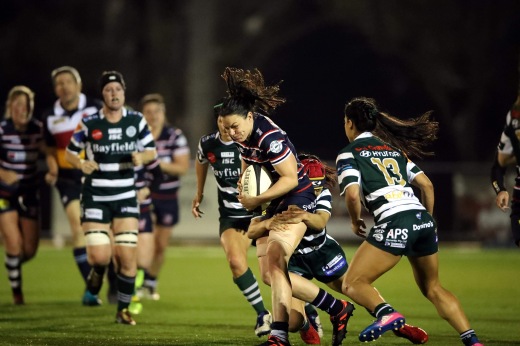 On the 8 September, in the opening match of the current campaign, she injured her shoulder, an injury that didn’t initially appear to be of a serious nature, sadly it proved difficult to diagnose and kept her out of action for club and country for the best part of five months.

The down to earth popular lock, as is her way, bore her injury with humour, and good grace despite constant set backs, stuck on twenty eight Scotland caps, she missed the entire Autumn international series, and finally returned to Quins action on January 26 in the away victory at Wasps.

An integral part of the Scotland set up Debs was called Six Nations into action to face Ireland with just one half of rugby under her belt, she played a lung busting forty one minutes at Scotstoun before being replaced having emptied the tank.

She finally got her 30th cap against France in Lille on a balmy February Saturday night in Lille, before adding to her tally against England at Twickenham in the final match of the championship.

In the game changer at the Stoop, two weeks ago Debs joined the fray in the 61st minute, as a replacement for Chloe Butler, and it only took her sixteen minutes to get her first try of the season.

But we should know from experience that come the business end of the season Supermac gets into her try scoring mode.

Last season she scored a try in both semi final legs against Wasps, and in the final against Saracens, we are all hoping history will repeat itself starting tomorrow , although Debs is under no illusions. 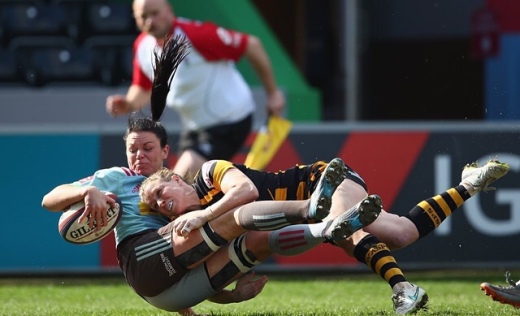 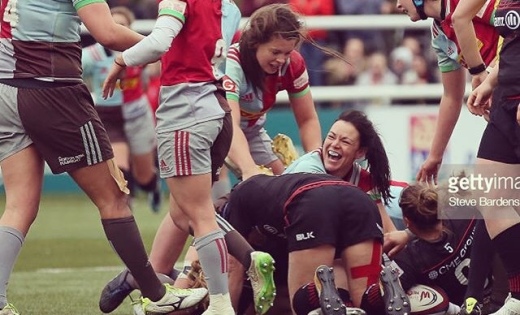 Lightning will be tough opponents they have quality in so many areas and a host of internationals at their disposal.

Debs is on the bench with her old sparring partner Zoe Sayner and I wouldn’t bet against another try from our Flower of Scotland come the latter stages of an epic encounter.