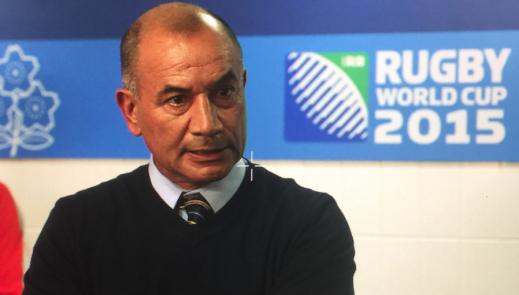 Japan’s Rugby World Cup win against South Africa has been made into a movie.
He played Chief Tui in Disney’s Moana and Jango Fett in Star Wars, but now actor Temuera Morrison (pictured above) is cast in the role of Eddie Jones.

The New Zealander portrays  the Australian in a new film about the greatest Rugby World Cup shock ever, when Japan beat South Africa 34-32 in 2015 at Brighton’s Amex Stadium.

Jones – now head coach of England – was then the Japan boss and the mastermind behind the Brave Blossoms’ dramatic win.

Under the working title ‘The Brighton Miracle’, the film began shooting in Australia last January and was overseen by Australian writer and director Max Mannix.

Karne Hesketh scored a last minute try as unfancied Japan won their first World Cup game since 1991 and also secured their first ever victory over two-time world champions the Springboks, one of the sport’s great powers who would go on to reach the semi-finals.

Meanwhile, Japan also beat Samoa and the US, but became the first team in the tournament’s history not to make the knock-out stages having won three pool matches.

Jones, who led Australia to the World Cup final in 2003, when they were beaten by a Jonny Wilkinson-inspired England, became England boss two months after Japan’s famous win in 2015. 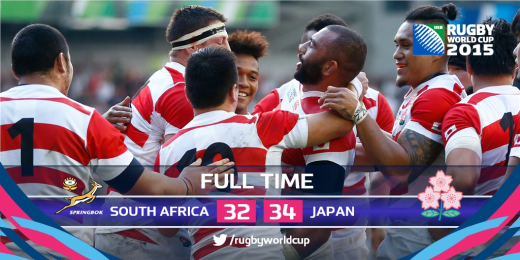 “Eddie understood humiliation because he had lived it,” Mannix says “He is a complex character and I wanted people to see why that is”.

“What I wanted  to do was to try to show why it happened and where the self-belief came from.”

The Brighton miracle is due for release before the 2019 Rugby World Cup starts in Japan.