A few quotes from the Wales coach following an epic win over Australia this morning.

On the tactic of using drop goals early against Australia:

“It was just about winning really. It wasn’t about knockout stages. We just wanted to win the match and keep the scoreboard ticking over. That was the pleasing thing. The way the game is defensively, 15-20 metres out it’s pretty hard to break teams down. It’s a lot easier from 4-5 metres out. (Dan Biggar) just took that opportunity to keep the scoreboard ticking over and Rhys Patchell did as well when he had the chance.” 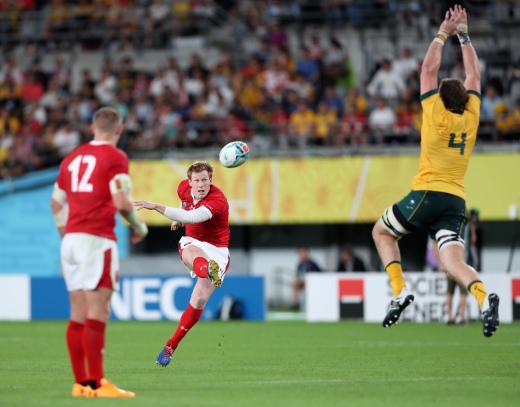 On the Samu Kerevi on Rhys Patchell incident:

“I thought it was investigated by the TMO and referee for leading with the forearm. There’s been a lot of criticism of the referees and I don’t want to get involved in being a part of that. We know they have a tough job out there. It’s important that the judiciary take care of those things and decisions are made and we’ve just got to abide by them. I didn’t see the Piers Francis situation. I did see the (Reece) Hodge one. In real time it looked OK, then when you slow it down, as everything does when you slow it down in slow motion, it does seem to be a lot worse and that’s the way it appeared to me.”

On how pleased he was with the performance:

“This team as a squad has grown up in terms of game management. That’s improved significantly. We’ve learned a lot from those experiences about management, coming off the bench, shown real character. We won some key turnovers towards the end of the game. It was pleasing to handle the six-day turnaround. Georgia wasn’t an easy encounter. Our composure and fitness was really good. We soaked up a lot of pressure.” 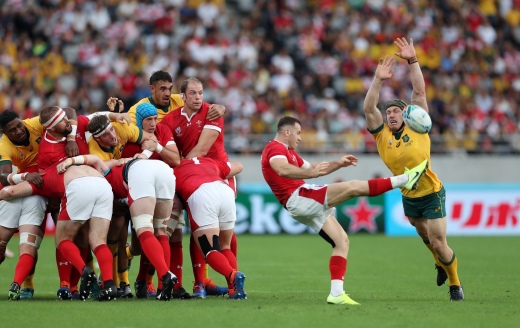 “He failed an HIA. I had a chat with him afterwards. He’s disappointed he had to come off but it’s important we go through the (HIA) protocols. Rhys (Patchell) did a fantastic job for us. He’s been criticised a lot for his defence in the past. We changed a few things about the way he defended. I though his line speed was excellent. He made some big tackles for us and controlled the game pretty well. It was a big match for him to come on early and get the win and he’ll get a lot of confidence from that.”

On celebrating the win:

“I want the guys to look after themselves tonight but they deserve to pat each other on the back. It’s a big confidence boost for the next couple of games. Fiji will be hurting so we can’t take anyone lightly in this group. It’s important we prepare the best we can and don’t take anything for granted. We’ve got to be as clinical as you possibly can.”