So as the 2015 RBS 6 Nations consigns itself to the history books,  it is worth considering if there is correlation with how a country does in the RBS 6 Nations Championship and how they perform at the following Rugby World Cup? 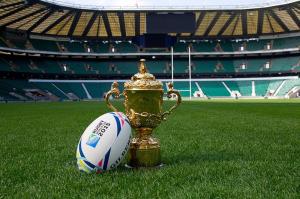 In the 2003, England won the Grand Slam, and then went on to lift the Webb Ellis Trophy, in Australia, in the November, after being given a scare by Wales in the qurarter fnals..

France who were third in the championship took 4th place at the World Cup.

2007 saw England finished 3rd in the 6N Championship and they made it to the World Cup final where they lost to South Africa, although Mark Cueto may disagree.

France took the RBS 6 Nations title that year but only finished 4th in the World Cup
Cup that was staged in their own country.

I cannot bring myself to mention a certain match in Nantes between Wales and Fiji without the agreement of my GP.
In 2011 it was England who were RBS 6 Nations Champions, but they were beaten by France, who had finished runners-up, in the quarter-finals of the Rugby World Cup.

Ireland finished third, ahead of Wales by points difference in the RBS 6 Nations Championship, but were well beaten by the Sam Warburton’s  men in the RWC quarter-final in Wellington.

Wales finished 4th in the World Cup, after losing to France in a heart-breaking Semi final, and then by Australia a few days later in the bronze match..

So, make of that what you will.