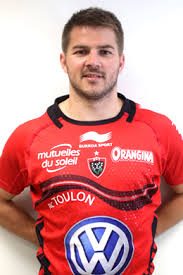 The group of death at RWC 2015 just got deadlier, with news that Drew Mitchell and Matt Giteau will now be eligible for the national side, and there is more to come.

The Australian Rugby Union today announced changes to its Player Contracting Policy by allowing an elite group of overseas-based players to be eligible for Qantas Wallabies selection.

Effective immediately, overseas-based players will now be eligible for Qantas Wallabies selection if they have played more than 60 Tests for Australia and have held a professional contract with Australian Rugby for at least seven years.

The adjustment to the policy was approved by the ARU Board and endorsed by Super Rugby CEO’s on Monday 20 April 2015.

Australian Rugby Union CEO Bill Pulver said the policy amendment was an important strategic decision made in the best interests of the code.

“This is a pivotal moment for Rugby in Australia, where for the first time in its professional history, the ARU will allow overseas-based players who have made a significant contribution to Australian Rugby to become eligible for the Qantas Wallabies,” Mr Pulver said.

“It’s a decision that recognises the changing dynamics of a global Rugby market for professional players. Combined with our other recruitment and retention strategies, we feel this decision allows the ARU to assert more influence over player movement and contracting in Australia and abroad.”

Mr Pulver said the policy would provide short and long-term benefits to Australian Rugby and its players.

“Those players who satisfy the 60-game and seven-year threshold have already invested heavily and contributed considerably to Australian Rugby over a long period of time,” he said.

“The policy also encourages those players who have not yet reached that point to commit exclusively to Australian Rugby in the prime of their career. In this way, we believe the policy supports Super Rugby by encouraging our top players to remain in Australia for longer.

“It also means we can invest more money into our younger players in the long-term, while ensuring our most experienced players leaving for overseas can still contribute to the overall success of the code in Australia – on and off the field.”

Under the revised Policy, players returning to Australia from overseas who make a two-year commitment to an Australian Super Rugby Club will also be eligible to represent the Qantas Wallabies immediately upon their return.

“It’s important to first and foremost recognise those players who are currently making a daily contribution to Rugby in Australia, but at the same time not discount those elite-level and experienced Test players who have already invested so much into the code over a long period,” Cheika said.

“From speaking with many of them, I know they still have a huge desire to represent Australia, and would do so to the very best of their abilities if ever called upon once again.

“In the end, we want the best players being rewarded for playing the majority of their career in Australia, and this is an important step to the future growth and success of the Wallabies.”