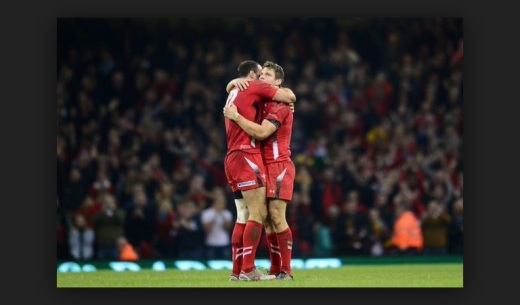 We have all marvelled at the sight of the international rugby player, in his natural habitat, roaming the hybrid playing fields of the world.

But there is genuine worry that this species is being hounded into premature extinction due to an intolerable work load.

Beasts of burden they appear to be, but today I launch an International appeal, in order that these magnificent creatures may be preserved for future generations to enjoy.

The players are being used mercilessly, how else can you describe the utterly futile England v Wales international, taking place on Sunday 29 May, as nothing other than a money-making exercise.

I have spoken to several international players in recent weeks, and they are on their knees.

I cannot name names, but these players will barely get a break, before plunging headlong into next seasons circus, that culminates with a Lions tour to New Zealand.

The intensity and physicality, of rugby these days, is equivalent to a car crash, some players can barely get out of bed without regularly taking anti inflammatory tablets.

The time has come to stop summer tours, and enforce a proper summer break.

Allowing players to recover fully from a seaons worth of niggles, and undertake a proper pre season programme,  will prolong their careers.

Surely it is quality, rather than quantity,that we all want to witness as rugby fans, and player welfare must now take priority.

It took the great Gareth Edwards eleven years to reach fifty caps for his country, between 1967 and 1978, and they were all achieved without missing a single match to injury.

Compare that to Australia’s Michael Hooper, who made his Wallaby debut in 2013, and reached his 50th in 2015, a staggering period of 3 years and 4 months.

The only way a top player can get a decent break these days is through a lay off with injury, this cannot be right.

Do we really need four Autumn internationals ?,  particularly  now that a June international of one sort or another seems common practice.

It’s a painful blow to Italian rugby, and  I shall suffer repercussions for my views on a local level,when my Italian coffee shop owner reads this, but I am prepared to suffer a contaminated latte or two, in order to preserve the rugby life span of these magnificent beasts.

I’m not a huge Tesco fan, but they are quite right when they say every little helps, even a reduction of two internationals and four club games a year is a start.

There are opinions in some quarters that, rather than increase the six nations, why not reduce it back to the old Five nations , assisting players welfare further, and maybe even making it possible to include a short winter break.

Sadly the common suffering denominator in all this is Italian rugby, I don’t have the answer to that conundrum, but I’m sure there is a solution out there.

As I write this article Bill Beamont has been installed as the new chairman of World Rugby, and he is already talking about moving the 6 Nations back a month,in order to accommodate a global season from 2019.

Other proposals include moving June tours to the Autumn, and creating a two month window for for home internationals in October and November.

Whatever the discussions, and whatever the outcomes, player welfare must be the priority.

When all is said and done the game has always been about the players and it always will be, so we really need to take care of them.

The European finals have been written about in great depth elsewhere,  so I would just like to offer my congratulations to both winners.

Honours were divided equally between South Africa and England,  with Montpellier and Saracens taking the titles.

One man who will not be having a quiet week this week is the Racing 92 physio, who saw most of his thoroughbreds pull up lame in Lyon.

Don’t miss next Monday’s Roar for a complete guide to all the summer international fixtures.