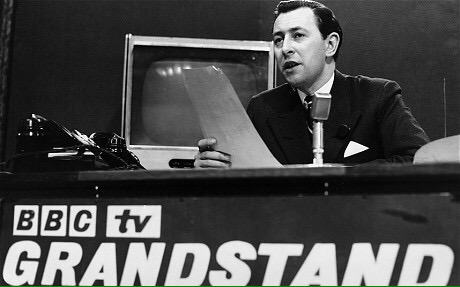 Our sporting memories often play out in our thoughts, and  our dreams, with a soundtrack, a commentary that is just as vivid as the sporting action itself.

How is it that no one could say “ONE NIL” with such majesty and theatre as David Coleman  did ?

As young kids, when we played football in the park ,the first goal of every game was greeted, and celebrated by the goal scorer providing an adinoidal impression of the great man’s catch phrase.

When you think of some of the magical moments of sport the commentary is automatically  ingrained on the memory, I bet when you think of Gareth Edwards great try for the Barbarians, against the All Blacks, you hear Cliff Morgan in those glorious tones of his poetically orating  ? “Oh that fellow Edwards” or “Tom David of Wales” “Brilliant by Quinnell” 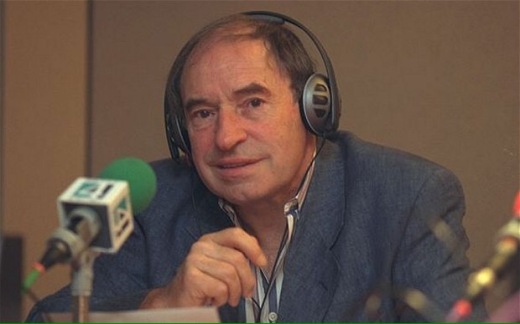 Those of us of advancing years, who remember the 1966 World Cup final, recall Kenneth Wolsteholme and his now legendary “They think it’s all over, it is now” as clearly as we see Geoff Hurst scoring that final goal as “Some people are on the pitch”

Every hot summer Wimbledon memory of the past, comes with an “Oh I say” from Dan Maskell, a voice quintessentially English, that sounded like strawberries and cream on a  lush green lawn. 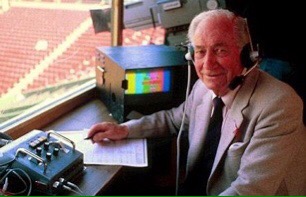 There is one name I haven’t mentioned, a certain Scotsman from Hawick, the voice of my rugby life, all the joys, the sorrows, Bill McLaren was there either celebrating the good times, with me, or else gently breaking the bad news with a feeling of it will be alright, and that it was only a matter of time before I’d be dancing in the streets of wherever I was living once again. 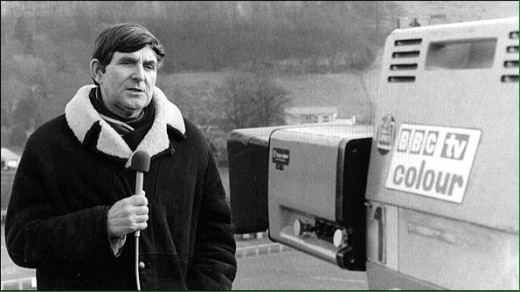 But even some of the greatest have made mistakes, a whole industry grew up on the back of sporting gaffes, particularly in connection with David Coleman and Murray Walker.

But there were plenty more culprits and here are just some of my particular favourites.

Sure there have been deaths in boxing, but none of them serious. (Alan Minter)

We didn’t underestimate them, they were just a lot better than we thought (Bobby Robson)

Not to win is guttering (Mark Noble)

I didn’t say them things I said (Glenn Hoddle)

This really is a lovely horse, I once rode her mother (Ted Walsh)

Julian Dicks is everywhere , it’s like they’ve got eleven Dicks on the field (Metro Radio)

We now have exactly the same situation we had at the start of the race, only exactly the opposite (Murray Walker)

I definitely want Brooklyn to be christened ,though I don’t know into what religion yet (David Beckham)