The Barbarians are to launch a women’s team that will take the field for the first time this season.

The famous invitation club founded in 1890 becomes twice as exciting when the women’s side makes its debut against Munster at Thomond Park on Friday, November 10.

England World Cup winner Giselle Mather will coach the team in the first of a number of matches planned for the 2017-18 season. Managed by Fiona Stockley, the Barbarians will play against club, provincial and international sides with a full schedule to be confirmed later this year.

“We’re delighted to open a new chapter in the Barbarian FC’s history with the creation of our women’s team this season,” said Barbarians Chairman John Spencer.

“Its formation is something we’ve been working towards for a number of years and it is a reflection of the excellence of the global women’s game which was showcased so brilliantly at this year’s Women’s Rugby World Cup in Ireland.

“Our aim is to welcome more talented players into this iconic club to forge new friendships and play with the style and passion for which the Barbarians are famous. We are working with clubs and unions around the world to make sure it benefits the players and the game.” 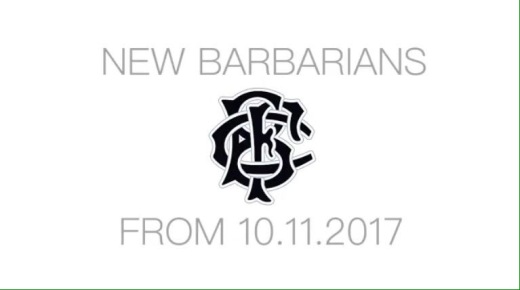 “The Barbarians are one of the reasons I fell in love with rugby and to be coaching this side is a massive honour,” said Mather, the Wasps Director of Rugby and a World Cup winning player in 1994.

“I can’t wait to get these players from all different nationalities together with everything they bring from their different environments. It’s going to be a massive opportunity for all these athletes.

“The state of the women’s game is phenomenal at the moment following events like the World Cup and the launch of the Tyrrell’s Premier 15s in England. With the Barbarians coming in on top of that it’s taking the game to a different level.”

Women’s Sport Trust Joint CEO Jo Bostock said: “Women’s rugby has made great strides in 2017 in terms of high-quality competition, investment and infrastructure, and we support the launch of the Barbarians women’s team. It is a further indication of the progress of women’s sport as a whole.

“The Barbarians are an iconic rugby club with a long history of giving athletes from different countries the chance to form friendships and perform with the freedom that makes them better players. Extending that opportunity to the growing number of talented women’s players is to be applauded.”

Abi Chamberlain, Head of Leadership Development at Paysafe and a former England Sevens rugby captain, said: “Paysafe is absolutely thrilled to sponsor the Barbarians women’s team. This is an extremely important step forward for women’s rugby and we applaud the innovation and commitment of the Barbarians.

“Following England’s superb performance in the recent World Cup, women’s rugby has hit new heights of popularity. It is important that cutting-edge advancements in the women’s game continue apace, and Paysafe is proud to be part of this new initiative and to champion the women’s game.”

World Rugby’s General Manager, Women’s Rugby, Katie Sadleir said: “It’s an incredibly exciting development in international rugby to see the first women’s Barbarians team being formed. The talented players that have been recruited from around the world for this team provide an excellent opportunity to deliver more inspirational rugby maintaining the momentum created during the recent World Cup in Ireland.

“It’s fantastic to see the financial partnerships that have come together to support this historic initiative.”