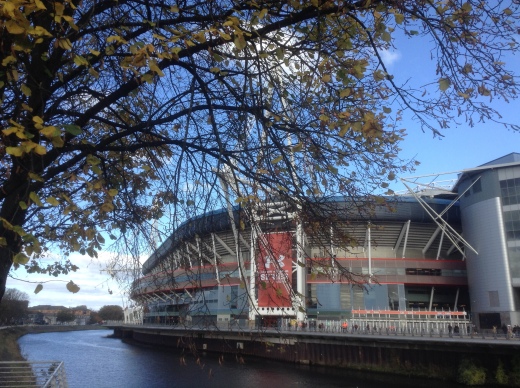 The events of last Sunday afternoon, near the Thames, could have proved to be a watershed moment for Wales, come RWC 2019, but the tide turned yesterday when the contest between Wales and England moved 143 miles downstream to the banks of the Rive Taff.

Wales were left up the creek without a paddle at Twickenham last Sunday, and the misery didn’t end there as the Rugby World Cup waters got even choppier with the news that Gareth Anscome had been ruled out of the tournament with a knee injury.

On Saturday under the roof of a sold out Principality stadium, it was never going to be plain sailing, but Wales came out and played with pace and determination, they dominated possession and territory in the opening quarter, and were unrecognisable from the team that ran aground at Twickenham.

This warm up game became overheated on several occasions with the usual suspects to the fore, it was tough hard fought match in front of a 73,931 spectators, but fortunately it appears both teams escaped without any significant injury worries.

The match remained scoreless until a Dan Biggar penalty in the 25th minute, George North’s try, seven minutes later, after some quick and inspired thinking from Biggar, following Anthony Watson’s yellow card,  helped give Wales a 10-0 lead at half time.

It took England fifty minutes to get on the scoreboard with a George Ford penalty, he repeated the feat in the 56th minute to make the score 10-6.

The men in white never looked like crossing the welsh try line, despite a second half resurgence, and a Leigh Halfpenny penalty on 76 minutes sealed the game for Wales.

Wales are now the number one side in the world according to the World Rugby rankings to be announced this morning, meaningless maybe but not to the wonderful Welsh fans who were around in the 80s and 90s, for them this will be a moment to savour.

The journey from the Thames to the Taff proved to be a good one for the men in red, they return here in two weeks time when they face Ireland, before another river comes into view, the Liffey in Dublin for a rematch the following week.

Rugby success, like the Thames, and the Taff, ebbs and flows, but Wales will enjoy a few tranquil nights sleep, with their dreams all the sweeter for seeing off the old enemy in their own backyard.