Even the cover of the match day programme looked sombre and funereal, was this a portent of the events to follow in Cardiff ? as the late afternoon sun gave way to heavy clouds sweeping up the river Taff, their Colour ? black

Wales ran out the tunnel at 16:54 to flame throwers, fireworks, an expectant 50,000 crowd not in their traditional glorious scarlet shirts, but this time in their away kit, shirts with gold trim but the main colour ? black

The negative dark shade subsided fir a brief moment, at 12:35 of the first half,when a glorious break, by man of the match , Scott Williams ended in a try for George North, Black Magic.

The darkness descended as Rhys Webb, after ten minutes of treatment on the pitch , was stretchered off taking in oxygen to ease the pain ,the atmosphere in the stadium changed completely, the mood turned…. Black

From then on in, we all just wanted the game to pass quickly with no further injury, but the worst was yet to come.

As Leigh Halfpenny ran for a loose ball his studs appeared to get caught in the turf, and his already heavily bandaged knee gave way as he collapsed onto the green grass.

Another black moment perhaps the blackest of all !

On the stadium big screen we all saw his knowing look, the look of a man, whom after months of hard work, has had his World Cup dream shattered.

His eyes were filling up as the sweat and tears cascaded down on to his shirt …the colour?  black 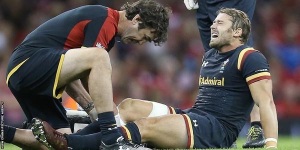 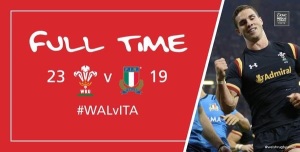 The record books will show Wales win, but the crowds mood at the final whistle was not one of victory, of optimism, of looking forward to. rugby World Cup, our sadness was for Rhys and Leigh, and as we all as the headed out of the darkness, of the stadium with the roof firmly shut, into the late evening sunshine , the mood was Truely ….Black