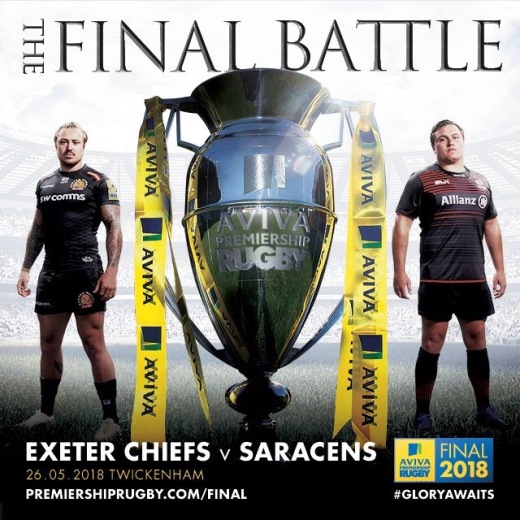 A misty morning gave way to a warm muggy afternoon in south-west London, the sun shone and temperatures climbed to a sultry twenty-five degrees, there was thunder in the air above Twickenham, but it was nothing compared to the thunder that was taking place on the pitch below.

The two top teams of the Aviva premiership were battling it out in front of a crowd of 75,128 to earn the right to be declared the premiership champions of 2018.

This was Exeter Chiefs third consecutive final, and Saracens had won their last six encounters at Twickenham stretching back to 2014, so something had to give.

The first ten minutes belonged solely to the Chiefs, they put together seventeen phases in the opening few minutes before a penalty gave them a 3-0 lead, but from then on there only looked one likely winner.

Saracens scored two tries in four minutes, through Billy Vunipola (15mins) and Chris Wyles (19mins), and held a half time lead 12-3, which didn’t look big on the scoreboard, but the way Saracens were performing you felt the die had been cast.

The Vunipola brothers looked refreshed and exuberant, Billy showed just how much club and country have missed him this season, he really is some player.

Saracens had a bite and a fizz in their play that Chiefs couldn’t quite, or weren’t allowed, to produce, even when the moves broke down, you felt that Sarries just had to keep to their game plan and it would pay dividends.

Schalk Brits came on as a replacement in the 53rd minute, to the acclaim of the melting crowd, and as all retiring players do this season, he received a yellow card for collapsing a Chiefs maul, but he returned to play a part in the closing stages which was only fit and proper for such a wonderful player.

Wyles scored his second try on 47 minutes before Steenson pulled one back for the Chiefs. Earle’s try on 80 mins put the icing on the cake for Saracens. 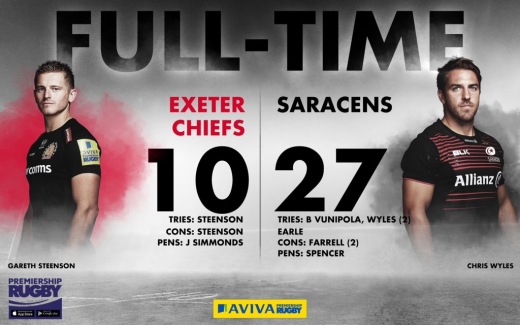 Referee Wayne Barnes had a superb game, and there were plenty of landmarks in his direction. It was his 200th Premiership match and his eighth Premiership final.

As always Alex Goode, the Saracens full back, was the catalyst for Saracens more creative moments, a wonderfully gifted footballer, who appears to have more time on the ball than anyone else, some of his footwork on Saturday was sublime.

He was involved in every one of Saracens tries, how he is not involved in the  England set up amazes me, and many others. 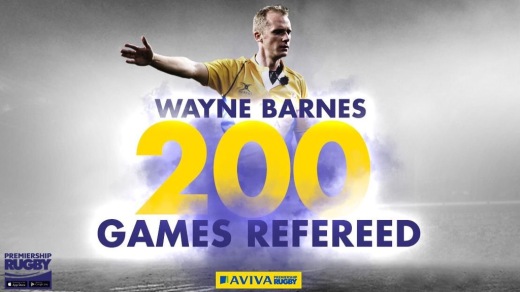 It was real summer in the sun-kissed West stand, after the cold and rain and snow of earlier months, this felt like a proper end of season, except of course rugby seasons don’t really end these days.

Player welfare in England manifests itself in words and not sadly in deeds, and as the national team head to South  Africa in two weeks time  (if they haven’t all been injured in pre tour training), you do wonder how on earth they are going to survive next season, which includes RWC 2019, but that is a story for another day.

As the crowds grabbed a final cooling beer before heading home northwards and westwards, it was time to reflect on two great teams who played the match with a brutality, and at yet at the same time in a wonderful spirit, we could all do with a few more days like these.