A Neuf is enough for France as they enter the 2019 Guinness Six Nations with a wealth of talent available to fill the number nine shirt.

There used to be talk of a fly half factory in Wales, but there is no doubt that the production of the scrum half model has been well and truly established in France, so much so that a monopolies commission may need to look in to the situation.

Who will start for France in their opening match against Wales on February 1st is very much open for debate. 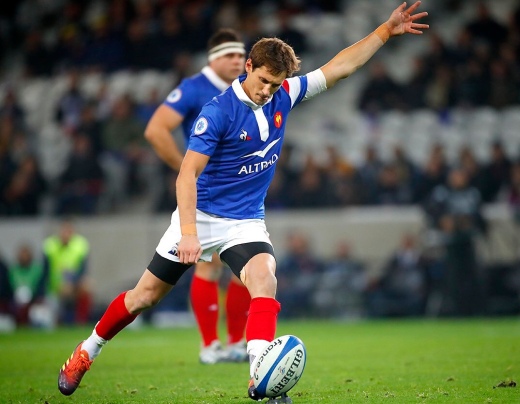 Baptiste Serin of Bordeaux would appear to be the current holder of the number nine shirt but he is only holding on to it by his finger nails,

Antoine Dupont has been in storming for for Top 14 high flyers Toulouse, who also have former French international scrum half Sebastián Bezy in their ranks.

Hot on his is tails is Teddy Iribaren of Racing 92 who is in the form of his life since taking over from the injured France scrum half Maxime Machenaud, as Machenaud has now recovered the duo will be battling it out for top chien for both club and country.

The man from Metz, Clermont legend Metz Morgan Parra although one of the older candidates cannot be ruled out of international contention either, also Rory Cockott of Castres who can start a fight in a phone box has never let his country down when asked to don the Blue Neuf jersey, would readily step into the fray.

But the conveyor belt of talent doesn’t end there, the next generation are already snapping at the heels of the established half backs, Louis Carbonel of Toulon guided France to the junior World Cup in 2018, scoring twenty three points in the final against England, a match won by Les Bleus 33-25 on a glorious summers day in Beziers.

The two other scrum halves in that France U20 squad are also making big names for themselves, Arthur Coville, aged 20, the Captain of that World Cup winning side is making big strides at Stade Francais, and Jules Gimbert is going down a storm at Bordeaux.

France are certainly not going to be short of scrum half  options for many years to come.

France 2019 Guinness Six Nations Squad was announced just as I was finishing this article, the three scrum halves chosen by coach Jacques Brunel are: