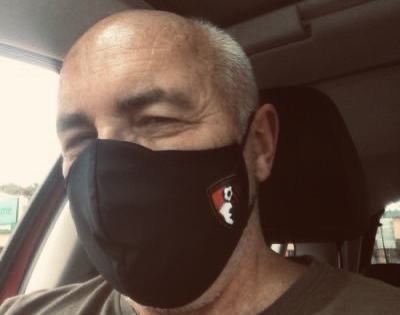 I’m at that age where grumpy old man seems to be the best and most accurate way to describe me.

The world seems to have gone mad, it’s 35 degrees, and it’s too hot to even go outside. For a man born in West Wales this is unchartered territory.

Every shop I walk in to I look like I’m about to rob the place, when I order a coffee in Pret I have to bellow “Latte” like a town crier, so the barista can hear me through two layers of material on my face mask.

At the same time the elastic on the mask is pulling my ears forward like a catapult, making me look like Prince Charles, Gary Lineker hybrid.

I could cope with all this, and more, if I had my life long escape route available, but of course rugby is still standing in the wings like a nervous teenager, waiting to step forward at the prom and pluck up the courage to ask for a dance.

So where exactly are we ? Hope was last seen heading towards the horizon with its bottom on fire, but this week hope seems to have extinguished the flames, rubbed in a bit of germolene, and with a bit of luck we are close to a comeback.

The Premiership is due to return at the Stoop on Friday night when Harlequins face Sale Sharks.

This week also saw the scheduling of the outstanding Six Nations matches.

A word of caution though these schedules are all at the mercy of just one man, a bloke called Spike.

Well actually two blokes called Spike, and from what I can gather it’s the second one that calls all the shots.

If the second Spike stays away we will all be fine…. now where is that latte ?.