Yesterday Nigel Owens travelled the twelve miles from Mynddcerrig to Parc y Scarlets to be part of rugby’s re-birth in Wales.

The short journey down the A476 was one he had travelled many many times before, but this one was particularly notable, as it heralded the return of competetive rugby to Wales.

Coronavirus for once met its match, and Scarlet Fever was the order of the day.

Scarlets emerged from the dark troubling days of recent months with a joy and a verve, as they celebrated their freedom with breathtaking running rugby that is engrained in the DNA of this rugby mad region.

Scarlets scored five tries with the “Five Roads Express” scoring a brace, and providing a constant attacking threat, whilst supporting a fetching mullet which we haven’t seen in these parts since the days of Jiffy and Ieuan.

The home team led 15-7 at the interval and never looked in danger of losing to a Cardiff Blues team that were off the pace, and never achieved a foothold in the game.

Ed Kennedy and Sam Lousi scored Scarlets other tries, along with the pick of the bunch a length of the field effort finished off by Johnny McNicholl.
Josh Adams and Matthew Morgan scored tries for the Blues, but Scarlets 32-13 bonus point victory was convincing.

The rugby re-birth was complete, but back down the A476 in Mynddcerrig Nigel Owens returned to the real thing, and the arrival of a new suckling bull calf, a welcome addition to his pedigree Hereford herd. Mairwen Storm might just have outshone Steff Evans this weekend.

Mullets and moos, what more could we ask of a weekend that gives us hope for the future. 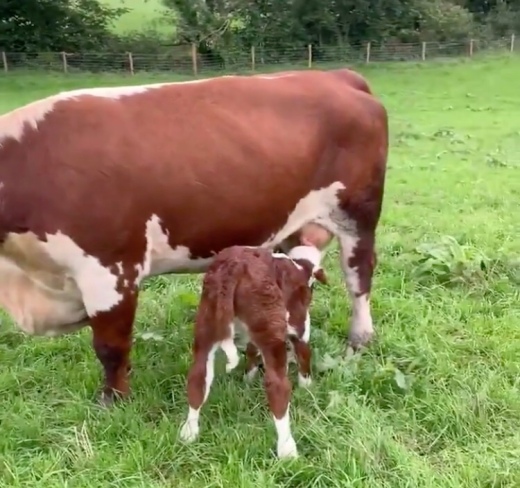