Godparents are supposed to look after your moral and spiritual welfare, to nurture and support you, particularly in your formative years.

One of my godparents, Uncle Doug, exceeded his remit with one single action.

I was fourteen at the time and,  in that dreadful stage of youth when acne arrives, and the boy soprano voice disappears for good.

Back to the day in question, what could possibly happen to a young boy out for the day with his uncle that would change his life, for the good, forever.?

In fairness it wasn’t just my uncle that created this metamorphosis he had help from a few others… Gareth, Phil, Tom, JPR, Willie-John … Ah you may have guessed ! 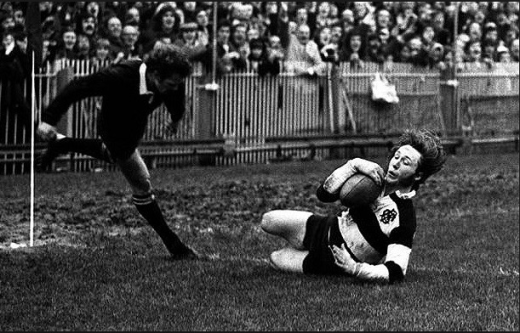 Yes, The Godfather took me to Cardiff Arms Park , whose name  I miss greatly,

National and Millenium Stadiums leave me cold , but even just writing down those three words ….CARDIFF ARMS PARK fills your mind with memories and emotions and a historical legacy that no other “venue title” can.

We were stood in the North Enclosure, and like everyone else we had no idea that we were about to witness the greatest rugby match ever to be played

We were level with Phil Bennett when he started the move that resulted in the “try of the century”  All Blacks were left strewn on the turf as Phil, like a matador, enticed them towards him and with a flick of the hips and a step he was gone….ole!

It was like a shop window to the greats of world rugby, JPR Williams, socks rolled down paraded up and down in front of us, guarding his try line, Tom David hitting everything that moved, but mostly Grant Batty on that particular day 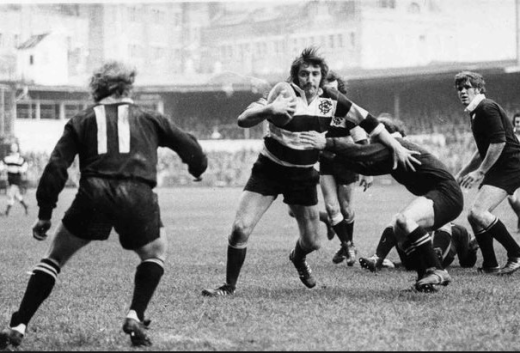 Directly below us we were feted by David Duckham, long blonde hair billowing in the breeze like a Viking warrior as he side stepped and swerved like we had never seen him In an England shirt, the crowd took him to their hearts that day, so much so that after that magical day he was also affectionately known in Wales as “Dai Duckham”

In fact when he penned his autobiography some years later, he entitled it “Dai For England”

The match has been well documented elsewhere and by more worthy correspondents than me, but I can still recall moments so vividly that it could have taken place yesterday, and not forty two years ago.

Needless to say I never recovered from this day, and since then I have been to literally hundreds of matches, both at home and abroad , yet that January day in 1973 with my godfather shines like a beacon

As godparents go, Doug , you were a pretty good choice.