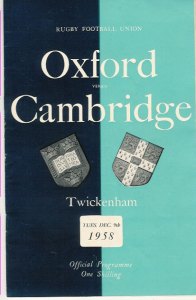 As the 2019 Varsity match approaches, I have selected two teams to play in the “Dream varsity match”.

The referee for this match, the one and only Clive Norling, who graced the varsity match on more than one occasion.