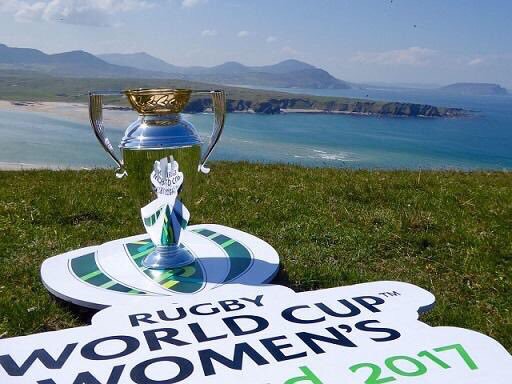 Last weekend the day came, as indeed did the hour, and despite the absence of the power and the glory, I finally answered Irelands call.

I was there specifically to attend matchday two of the Women’s Rugby World Cup, but having been denied match accreditation it gave me time to explore and reflect,on the matter of the Irish and their rugby.

As I headed out of Dublin on the DART railway, meandering southwards down the east coast of Ireland, towards Greystones,the sheer beauty of the landscape instantly puts you in a relaxed and nostalgic mood.

I was expecting a young group of people to board the train at Lansdowne Road station singing “Mustang Sally” or “Take me to the river”, but young people have no sense of “Commitments” these days.

Ireland is a complex country, (now there’s an understatement), its rugby DNA is etched in the velvety green landscape, even though it is not the major sport here.

Wherever you go there are a set of rugby posts not too far away, the map below shows, the affiliated rugby clubs of the Emerald Isle, each dot shows not only a team, but also a community, with a sense of unity and belonging.

We all know that Ireland’s political landscape has not been as relaxed and soothing as my DART journey, and yet north and south have always been united on the international rugby field.

Trevor Ringland the great Ulster and Ireland wing once said

“To me, rugby was trying to build bridges while others were destroying them, we were   finding a way of working together in friendship”.

The unique Irish rugby humour is of course legendary, from the crowds chant in far off days of “kick ahead Ireland any f*****g head” to more subtle latter day fare.

The humour and the friendliness were in bountiful supply at University College yesterday there must be an awful lot of Blarney Stone induced chapped lips in the Dublin area.

Okay so they can’t organise media accreditation to save their lives but when you see how the Dublin bus service runs it explains a lot.

So finally as I bring this article to a close  in an Irish pub, unbelievably one of the original member of the Commitments is performing in a wonderful jazz set.

The evening ends with rugby and music in harmony, with the Blues as France beat Australia and Cry me a river echoes from Searsons pub into the dark Dublin night.