We’ve seen many memorable days at the stoop, but this was surely one of the very best.

It felt more like Tenerife than Twickenham on Saturday, as the barometer hit 20 degrees, even Chloe Butler Quins favourite Aussie was melting. 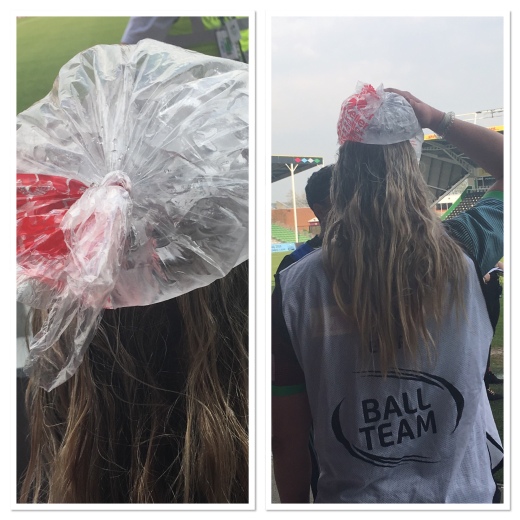 A 4,837 record crowd for a women’s club game serenaded Harlequins Ladies to a 62-0 win over Gloucester-Hartbury ,a victory that guarantees them a home Tyrrells Premier semi final against Loughborough Lightning.

The police dogs from the Met were there on display ,their tails wagging at this great occasion,and as for Quins, their tails were certainly up, inspired by the vocal support that reverberated around the stoop they were like a dog with a bone from the first whistle, although dogged defence from Gloucester-Hartbury kept the home side out until the 14th minute when a brilliant finish from Heather Cowell, her 20th of the season, got the scoreboard moving.

They  extended their lead (subtle dog reference there !) when Vickii Cornborough crashed over on 21 minutes.

The tries rained a brilliant in and out from the Chichester Express Jess Breach allowed her to race in a long range try that was so rapid it set off the speed cameras on the A317.

A half time lead of 31-0 was extended on 46 minutes when Jade Konkel,the monster from the Black Isle, crashed over on 46 minutes followed by the melting Aussie, Chloe Butler on 57 minutes.

A spot of walkies for Khadidja Camara and Rachael Burford, after they both received yellow cards in quick succession, did nothing to stem the Quins tide. 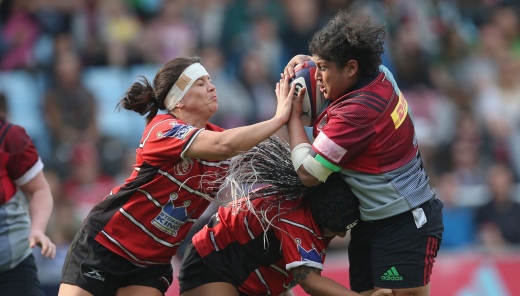 Davinia Catlin scored two tries in five minutes to take Quins past fifty points, before Super sub Deborah McCormack put the misery of an injury ridden season behind her and bulldozed over for the the most popular try of the day.

Whilst the try scorers grab the glory the metronomic boot of Ellie Green notched up 13 points through a penalty and five conversions, her incredibly consistant performances continue to be a major factor in Harlequins success.

As the Met Police Alsatians headed for their tea, Winalot would appear to be something that they have in common with Harlequins Ladies…..Bon appetit everyone. 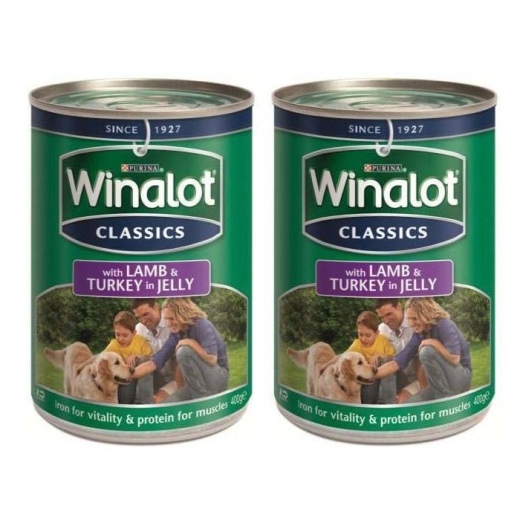