If only there had been a Rugby World Cup in the 1970’s there is surely no doubt that Wales would have won it at least once.

JPR, Gerald, Merv, Gareth, Syd, Ray, JJ, Benny, The King, how they would have loved the chance to play in such a tournament.

I view Wales and the Rugby World Cup as a four yearly emotional Everest, where sometimes we never get past base camp, and occasionally turn up in inappropriate footwear and a t-shirt.

I wont drag you through my personal turmoil since the first tournament in 1987, but actually the inaugural tournament went quite well for the men in red.

Apart from an absolute thrashing by the All Blacks in the semi final, we actually finished third, beating Ireland in the group stages, England in the Quarters, and Australia in the 3rd place play-off, but in true Welsh style it took a last-minute conversion from the touch-line to win the match, it wouldn’t do to win a match comfortably would it ?

Since then its been sadness in South Africa, Woe in Wales, Agony in Australia and Fiji in France. AND you only have to say Sam.. and you immediately think red card and Numbness in New Zealand.

I still relive that match in the sleepless dark hours of early morning thinking if Leigh Halfpenny had been our regular goal kicker at that time we would have surely got through to the final.

Four years ago, in 2015, it was tears at Twickenham, as an injury hit Wales side led South Africa 19-18 in the quarter finals with 74:05 on the clock, until a late try won it for the Boks.

A part of me is excited beyond belief about the tournament in Japan, but also I’m already looking ahead with panic at a potential situation where we have to beat Fiji  in the  penultimate group match to qualify for the knock out stages.

Maybe as part of our national psyche the sporting gods sprinkle on our sport all consuming emotions either good or bad, because that’s the way we really like it.

But just this once please can we do it, and can we do it without the gut wrenching agony that we have come to expect.

If there was Karma in sport, then after the semi final in 2011, it is assured that we will be playing in the final, at Yokohama against the All Blacks on November 2.

If it happens send me a text, I will probably be behind the sofa ! 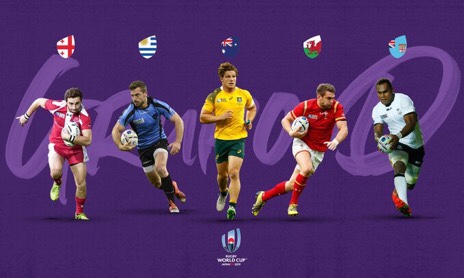