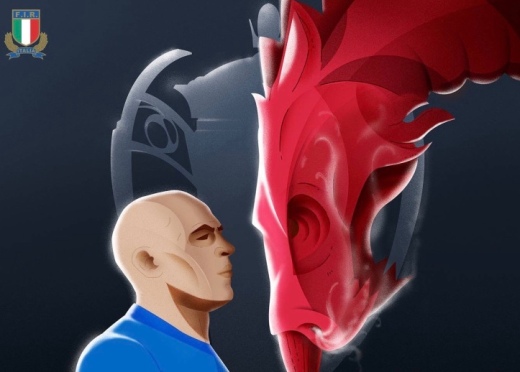 The bond between Wales and Italy is a very close one, particularly in the Welsh capital,and when heading northwards up in to the valleys.

There was a time when every little town and community in Wales had an Italian cafe and ice cream parlour, many of them have now disappeared, superseded by multi-national chains, but the memories still remain, not just of the cafes,but also the people who ran them and how they and their establishments became a centre of those communities.

Yesterday the weather was more Milan than Naples, but that did not dampen the spirits of the considerable Azzuri tifosi on the streets of Cardiff.

As Wales and Italy opened the 2020 Guinness Six Nations, Cardiff’s wealth of Italian eateries filled up, Giovanni’s, Da Mara’s,Stefano’s, Antonio’s, to name but a few, provided a conveyor belt service of antipasto, meatballs al forno and pizza from lunchtime until the early hours of this morning.

Wales supplies of Chianti and Parmesan will be well and truly depleted when the doors open for lunch today. However on the field of play it was Wales who were the hungrier,and their appetite was well and truly sated with a ninth Six Nations victory in a row. 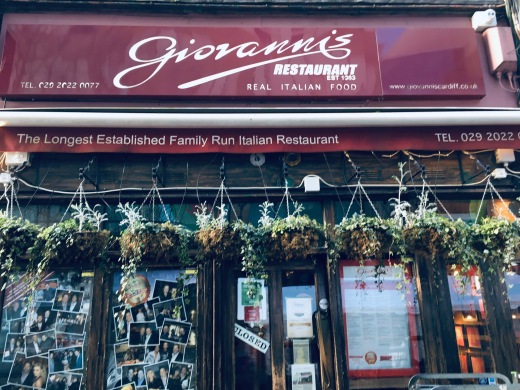 It has to be said Italy were hospitable to the extreme, offering Biggar 3 penalties as a starter, before a secondi of two Josh Adams tries gave Wales a 21-0 half time lead.

Wales were a bit stodgy at the opening of the second half,before finding their try scoring appetite in the final quarter with a touchdown from the very impressive debutant Nick Tompkins. 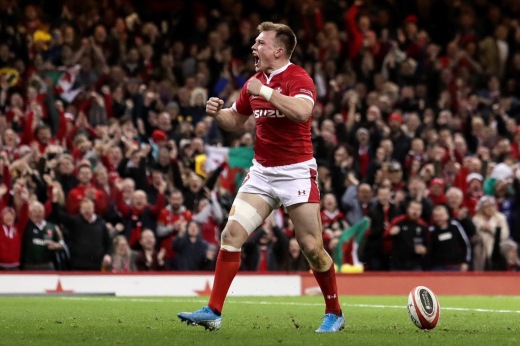 Swiftly following a George North try ,Josh Adams provided the rugby equivalent of an after dinner mint on 82 minutes, crashing over the whitewash to complete his hat trick, to the delight of the 68,582 crowd.

Wales last tasted six nations defeat in February 2018, next Saturday  they return to the scene of that defeat, Dublin, hopefully bread of heaven will be on the menu at the Aviva stadium. 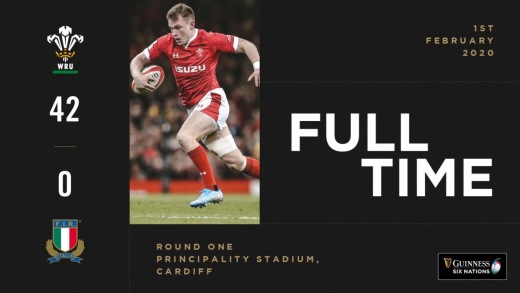