At this hallowed ground we know a thing or two about scrum halves, after all it was here that the greatest of them all strutted his stuff, whether covered in the ochre mud from the old greyhound track, or diving like salmon in to the corner at the River Taff end, attired in black and white, rather than the glorious red of Wales, Gareth Owen Edwards was, still is and ever shall be peerless.

That’s not to say we haven’t seen other great but slightly lesser mortals display their bountiful skills here in Cardiff.

I am at an age where the memory is not quite what it was, and attempting to recall the fine nines I have seen play in Cardiff required concentration and no little caffeine.

The first in 1972 was the great man from Gwaen cae gurwen himself facing Sid Going, as Cardiff played the All blacks, the years passed and many contenders came and were seen off before Sir Gareth hung up his boots in 1978, John Hipwell, Jerome Gallion, Jacques Foroux, Dawie DeVilliers to name but a few.

But these are the reminisces of a sixty two year old, and one that is fortunate enough to witness the rise of the new Neuf on the block, a force of nature, a player that stirs the blood of the onlooker, that makes you shuffle to the front of your seat when he gets the ball, and at the Principality stadium last Saturday he came to show us his wares. 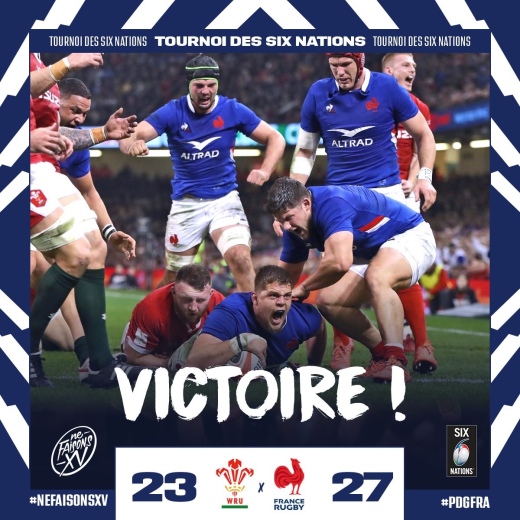 In case you haven’t worked it out I’m talking about a young man from Lannemezan, a town in Hautes-Pyrenees, just forty odd miles from the Spanish border, Antoine Dupont.

At the tender age of 23 he has grabbed the French number nine shirt and shows no sign of letting it go.

His angelic visage betrays a maturity and inner steel along with a blistering burst of speed and every scrum half attribute in the book.

On Saturday, along with his 20 year old fly half, he gave a nation hope, a hope that after years in the wilderness Les Bleus are back, and not just back, but back with speed a swagger and a sheer joy that we thought we might never see again.

The half back partnership may not be in the realms of Edwards and John just yet but the sky is the limit for this talented pair.

A grand slam is getting tantalisingly near and another late night in Paris could turn out to be a very long one on March 14th.