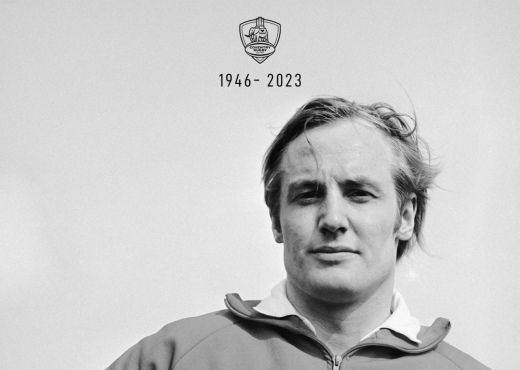 As a Welshman growing up in the seventies, it was taboo to idolise any England player, fortunately at that time, England were a bit of a sorry mess so it wasn’t that difficult to hold true to those core values.

But there was one exception.

On a winters Saturday in January 1973, the Welsh nation lost their moral compass, and fell in love with David John Duckham.

The match in question, of course, was the Barbarians v New Zealand at Cardiff Arms Park.

He played on the right wing that day, in his number 14 shirt, and his Coventry club socks, he entranced us with a display, that in history, has been somewhat overshadowed by THAT try, scored by a certain knight of the realm, Sir G.O Edwards.

I was in the North Enclosure that day, a fourteen year old schoolboy, as Duckham swerved, sidestepped, and wrong footed everyone, his long blonde hair flowing in the breeze, like a viking warrior,as his 6ft 1in frame, graced the field of dreams that was Cardiff Arms Park.

Now when I say he side stepped everyone ! take a look at the DVD of the match, in one move, he sends the BBC camerman the wrong way, Duckham, ball in hand dummied, the camera went to right, and David disappeared out of shot to the left. 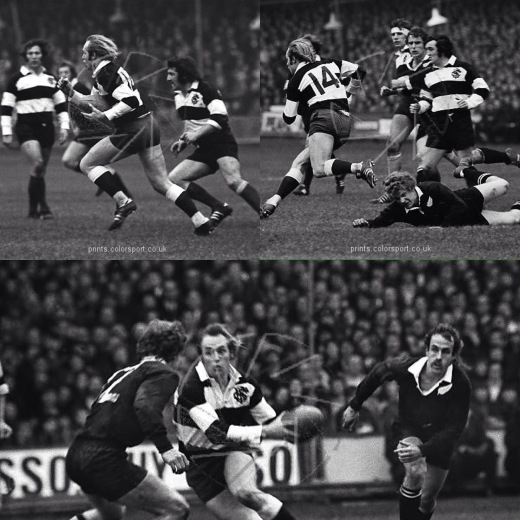 David Duckham won 36 caps for England, his first against Ireland in 1969, and his last in 1976 against Scotland, at Murrayfield.

He scored 10 tries for England, but it was under the guidance of Carwyn James, as a British Lion, on the tour to New Zealand in 1971, that we saw the talent and the breath taking running skills that were so evident in that Barbarians match.

On the 71 Lions tour he scored eleven tries in sixteen games.

Against West Coast Buller, on 16 June 1971, he scored 6 tries, a Lions record that still stands to this day.

His form on the tour resulted in him playing in 3 Lions test v New Zealand on that famous tour, keeping Wales’ John Bevan out of the test side, which was no mean feat.

The ultimate compliment, from Wales, and its rugby fans, was bestowed on David Duckham after the Barbarians v New Zealand match, he was forever referred to, from that day onwards as “Dai” Duckham, an honour that he cherished, so much so that he titled his autobiography “Dai For England”

Dai, it was an honour, and a privilige, to watch you play.